Home > Turn an iPhone into a Barcode Scanner 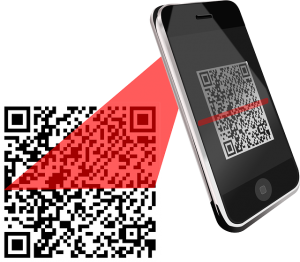 Whether you’re scanning name tags as people walk in the door or scanning product labels at the counter, turning an iPhone into a barcode scanner can certainly make life easier.

Barcode scanners are incredibly handy devices, but they’re not all the same, so it’s worth doing your research to ensure you’re using the best tool for the job. Simple USB barcode scanners plug into a computer, but if you need something more portable and flexible then converting a smartphone into a barcode scanner might be a better solution.

There are two types of barcode scanners: those featuring CCD sensors and those relying on lasers.

Meanwhile, laser scanners are more precise than CCD scanners and can scan over greater distances, so you don’t need to hold the scanner as close to the barcode. Laser scanners also perform better in difficult lighting conditions, such as bright sunshine or low light, but the trade-off is that laser scanners can sometimes struggle when scanning reflective surfaces such as smartphone screens.

Honeywell’s Captuvo Barcode Scanner Sled for the iPhone is a great solution if you’re working with both 1D barcodes and 2D QR codes. It’s a smartphone case with a built-in 2D Imager CCD scanner that pairs with the iPhone, linking the scanner directly to a wide range of smartphone apps and connecting it to the internet. There’s also the option of a magnetic stripe card reader for working with swipe cards.

The Honeywell sled only weighs 125 grams, with a sturdy design that protects the iPhone against some rough and tumble. It also has its own built-in battery, so it doesn’t take too much of a toll on the iPhone’s battery life.

The sled’s battery is good for eight hours – enough to get you through a full day on your feet – and it’s fast enough to handle one scan per second, which is important if you’re trying to process registrations or scan lanyards quickly as you usher people into a conference centre.