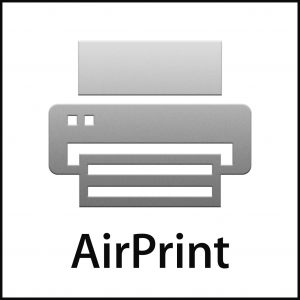 Office printing from iGadgets can be tricky. Apple AirPrint ensures all your devices speak the same language.

Adding a network printer on Windows or Mac OS is easy enough. However, there’s no ‘Printer Management’ or ‘Print & Scan’ menu in iOS on Apple’s mobile devices. Even if your printer supports Apple-friendly network protocols like Bonjour, the printer won’t automatically pop up as an available device on your iPhone or iPad.

Thankfully, all is not lost. A growing number of printers support Apple’s AirPrint protocol. It ensures the printer is visible to any iOS device connected to the same office network. For example, click the Share button in Mobile Safari, scroll across to Printer and then choose Select Printer from the pop-up menu. It will find AirPrint-capable printers on the network so you can print that page.

AirPrint is incredibly handy when you want to quickly print something from a handheld device rather than reaching for a computer. Unfortunately, AirPrint doesn’t come standard on all network printers. If you don’t have an AirPrint-enabled printer, there are a few options for giving your existing printers an iOS-friendly overhaul.

Think outside the square

Don’t make the mistake of thinking you can plug any USB printer into an Apple Airport Extreme or Airport Express wireless base station and turn it into an AirPrint-capable printer. You’ll only be able to see the attached printer via AirPrint if the printer already has built-in AirPrint support.

You might have more luck with a Network Attached Storage drive that’s designed to act as a print server. Some NAS devices let you attach any USB printer and turn it into an AirPrint (or Google Cloud Print) printer.

Alternatively, you’ll find applications like HandyPrint or Printer Pro from Readdle to run on your desktop computer. These turn any USB printer connected to your computer into an AirPrint printer so you can see it from your iGadgets.

There’s more than one way to tackle this problem. Once you’ve got AirPrint up and running in your office, it’s simple to print on the run.

Click here for the full range of Apple Products at Hire Intelligence.