Home > Add Punch to Your Presentations with a Boardroom Projector 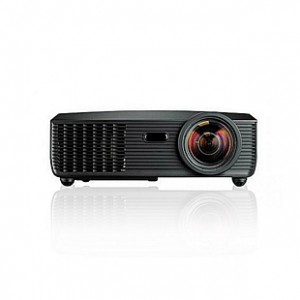 A great projector helps you make a big impression in the office, but choose with care.

There’s a lot to consider when selecting a business projector, so it pays to do your research rather than leaping in unprepared. You’ll want to start by assessing your needs, taking into account the size and layout of the room where you’ll use the projector along with the kinds of material you’ll be projecting.

If you’re looking for a boardroom projector then you’ll need to consider whether you want to sit the projector on the table or mount it on the ceiling. A ceiling-mounted projector is more difficult to install, especially if you need to run power, video and networking cables, but in return the projector is up out of the way.

Mounting the projector up high doesn’t just clear space on your boardroom table, it also ensures that everyone at the table is further away from the heat and noise of the projector’s exhaust fan. It also reduces the likelihood of people casting a shadow on the projection screen as they walk around the room. The trade-off is that the projector is more difficult to move around the office or take on the road when you’re visiting clients.

It’s important to consider the projector’s “throw” distance, which is how far it needs to be from the screen to produce a large picture. If you’re in a small room you might be better off with a “short throw” projector, plus you’ll want keystone correction to compensate for the distortion if you’re pointing it at the wall on an angle.

When it comes to resolution, XGA (1024 x 768) should suffice for computer presentations, but if you’re working with a widescreen image you might want to step up to WXGA (1280 x 800) or Full HD (1920 x 1080). You’ll also want to consider video inputs such as HDMI, DisplayPort, VGA, Component and Composite, depending on which devices you want to connect and the video resolutions you’ll be using. Some projectors also support wireless connectivity, which is handy if you’re regularly switching between devices during a presentation.

There’s more to choosing a great business projector than just picture size and resolution. It’s also important to consider brightness, as a dim picture is frustrating to look at, especially if you can’t completely darken the room. The larger you make the picture, the dimmer it gets as the light is spread further, so the projector’s theoretical maximum picture size might not be all that practical if it’s too faint to see clearly.

Brightness is your biggest concern when projecting Power Point presentations. It’s measured in lumens, and you should be reluctant to opt for a business projector pumping out less than 2,000 lumens. Meanwhile, the contrast rating is less of a concern when you’re viewing static images – it’s more important for video presentations and home theatre projectors.

Not all projectors are created equal, but with the right business projector in your boardroom you’ll be ready to tackle anything.