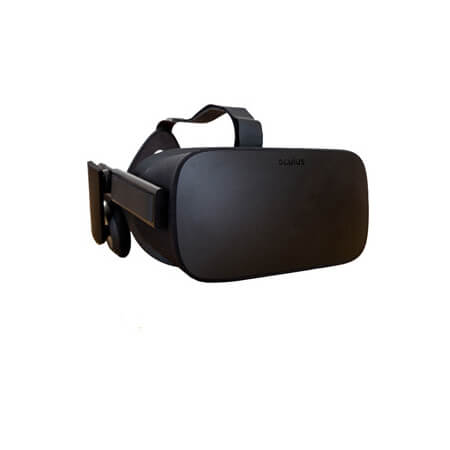 The Oculus Rift Next Generation Virtual Reality System is available for rental from Hire Intelligence and provides for a cutting edge Virtual Reality experience. Leveraging the power of a high spec PC, the Oculus Rift is a VR headset that utilises advanced display technology and low latency tracking to provide an unmatched sensation of an alternate reality. This technology cuts down on the ‘screen door’ type look of virtual reality app. Essentially, this is opening up a whole new world of interactive applications and possibilities. The Oculus Rift VR technology is more than just a piece of hardware.

The Oculus Rift Next Generation Virtual Reality System has been designed with comfort in mind and it can be quickly and easily adjusted to comfortably fit any user. This adjustability further enhances the virtual reality experience which the Oculus Rift headset is able to provide.

Additionally, the Oculus Touch motion controllers use precise hand tracking to make your slashes, throws, and grabs appear in virtual reality games with realistic precision. This VR technology creates an immersive environment. You don’t feel like you are in a simulation.

The minimum operating system requirements to monitor and regulate the Oculus Rift Next Generation Virtual Reality System software is Windows 7 SP1 or later operating systems, 4th generation Intel i5-4590 or better CPU, 8GB RAM, at least four available USB ports (three of which should be USB3, and 1 USB2), and an Nvidia GTX 970 or AMD R9 290 or better video adapter with HDMI 1.3 output.

We here at Hire Intelligence offer the Oculus Rift VR Headset for hire so that you can showcase this powerful, cutting edge technology at your next event.

Each Oculus Rift system is provided for rent with all required accessories, including the VR headset, sensors, remote and controller as well as application and demo software. Hire Intelligence can also supply a suitable high-end PC if you do not have the necessary computer specs.