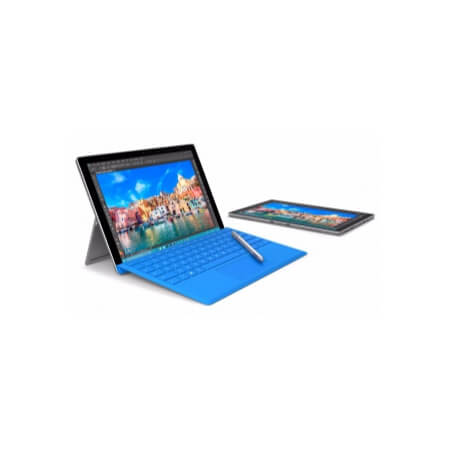 The Microsoft Surface Pro 4 Tablet further blurs the lines between tablet and notebook computer and is suited to rental requirements for either.

In either tablet or notebook guise, the Microsoft Surface Pro 4 Tablet will excel as it doesn’t hold back on features or functionality, putting most notebook computers to shame when it comes to processing power and screen resolution with it’s 6th Gen i5 CPU and 2736×1824 pixel display. In a tablet comparison, nothing comes close.

Obviously lack of connectivity is a concern for some, the Microsoft Surface Pro 4 Tablet only has a single USB3 port and a Mini-Displayport output but this is easily mitigated by the addition of a Surface Pro Docking Station, also available to rent from Hire Intelligence. This adds all conceivable connections including Gigabit Ethernet, multiple USB3, Audio in and out and another Mini-Displayport output.

Supplied with Windows 10 Professional operating system, like any PC offering from Hire Intelligence, the Microsoft Surface Pro 4 Tablet can be provided with optional software such as Microsoft Office.