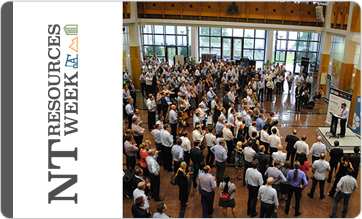 NT Resources Week features three concurrently running industry favourite conferences alongside Northern Australia’s largest resources and construction based trade expo all under the one roof. The concept was initially developed over seven years ago by Informa and the NT Government as an initiative to bring together leaders from the oil/gas, petroleum, mining and engineering sectors. In 2013 Building the Territory was introduced to incorporate those involved in the construction, building and housing industries.