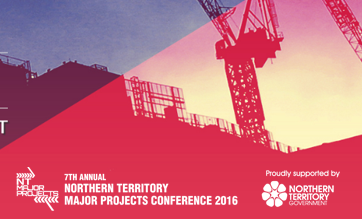 Major Infrastructure Projects play a vital role in contributing to the Northern Territory’s rapidly expanding economy, which also has the country’s lowest unemployment rate and highest labour force participation rate. To hear the latest updates and developments across the various major projects earmarked for the Territory’s development, there is no better place than the Northern Territory Major Projects Conference, which continues to be the largest major projects and infrastructure event held in the Territory, attracting well over 300 delegates annually.