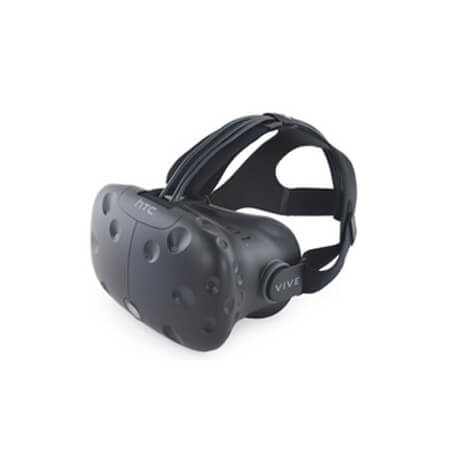 The HTC Vive Virtual Reality Headset takes virtual reality to the next level and is available for rental from Hire Intelligence. Utilising a sophisticated array of sensors including a front facing camera on the headset, the HTC Vive Virtual Reality Headset can blend real world elements into the virtual environment providing for a more realistic interactive virtual experience. Also included are two wireless controllers designed to be used in each hand by the user allowing for even more interactivity with the virtual world, adding the ability for gesture based controls or interactivity with objects within the virtual environment.

Further control is made available by the multi-function trackpad on the headset, allowing in-app manipulation of menus and parameters without having to leave the virtual environment and use the operating PC.

360 degree motion tracking allows the HTC Vive to know where the user, headset and controllers are in the virtual space at all times within the virtual world.

Hire Intelligence provides the HTC Vive Virtual Reality Headset with all required accessories including the headset, hand sensors, motion tracking base stations as well as all required cabling and software. Also available to rent are suitable PC’s to operate the system.